Vajra / Dorji and its significant

Vajra is a Sanskrit word meaning both thunderbolt and diamond.Additionally, it is a weapon which is used as a ritual object . In its symbolism we find the Vajra .The vajra is probably the most important symbol of Tibetan Buddhism. The term means “diamond” and refers to the indestructible nature of the mind itself , of awakening. This small scepter seems to be, at the origin, the diamond thunderbolt of Indra, a symbol of royalty and power. When combined with the bell, the vajra symbolizes skillful means and compassion, while the bell represents knowledge and emptiness. Taken separately, it has a complete symbolism which is as follows.

The 5 top branches (1) represent the 5 wisdoms, five facets of the diamond which is the enlightened mind : – Wisdom similar to the mirror, which means that the awakened mind, like a perfectly polished mirror, clearly reflecting all things, has the ability to know everything ;

At the same time as the five wisdoms , the five upper branches symbolize the 5 Victorious Ones or five principal male Buddhas on a mystical level : Vairocana , Akshobya , Ratnasambhava , Amitabha , Amoghasiddhi .

* The mouths of makara ( sea monster ) (3) , from which emerge branches, denote liberation from the cycle of existences.

* The top 8 petals (4 ) represent the eight male bodhisattvas, residing in the celestial realms.

* The 8 lower petals ( 5) are the 8 female bodhisattvas. Taken together , the 16 petals also symbolize the 16 emptinesses .

* Above the petals, two moon discs (6) ( one on each side ) symbolize the two openings of the heart, relative and absolute . * Between the base of the 8 petals and the center circle are interspersed 3 circles (7) representing the three characteristics of awakened bliss : emptiness, featureless and effortless.

* The round part in the middle ( 8) refers to emptiness 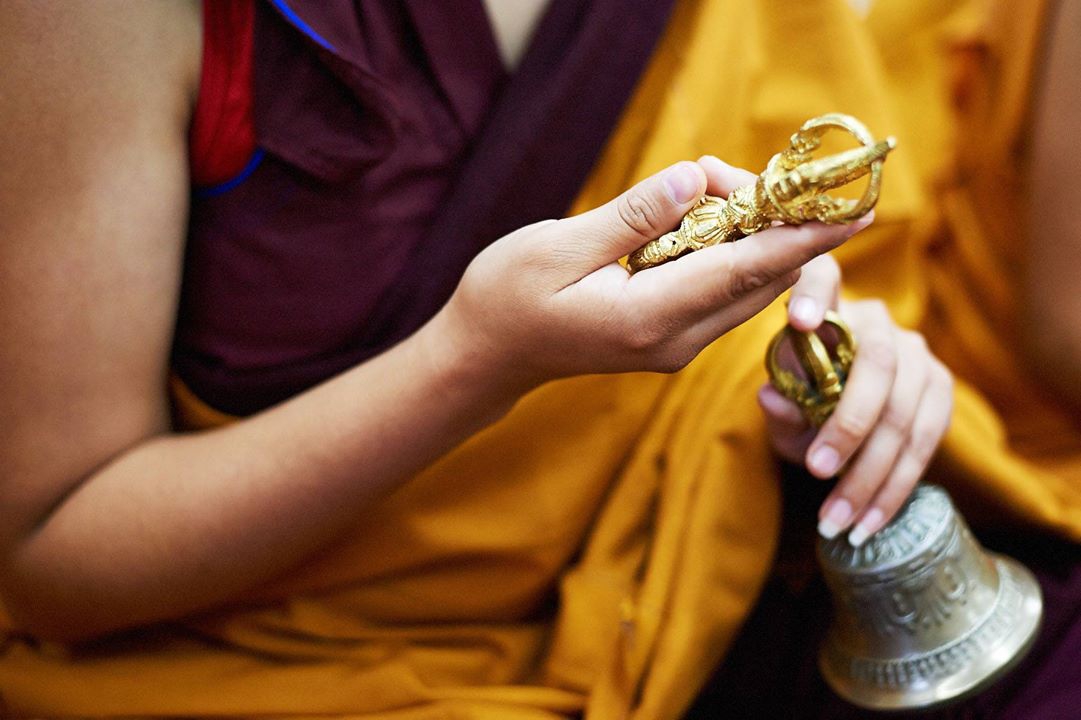