King Jigme Khesar Namgyel Wangchuck of Bhutan was born 21 February 1980. He is the fifth and current reigning Druk Gyalpo or “Dragon King” of the Kingdom of Bhutan.He became King on 9 December 2006. A public coronation ceremony was held on 1st November 2008, an auspicious year that marked 100 years of Monarchy in Bhutan.

His Majesty after completing his higher secondary studies at Yangchenphug High School in Bhutan studied abroad in USA and the UK. His Majesty also attended the 2005 program of the National Defense College in New Delhi, India.

In addition to the King’s official functions, His Majesty oversees the Royal University of Bhutan as Chancellor, Patron of the Bhutan Chamber of Commerce and Industry; Patron of the Oxford Center for Buddhist Studies and the European Convention of Bhutan Societies; President, Bhutan India Friendship Association.

While he was the Crown Prince of Bhutan. He was popularly known to the people of Bhutan as ‘Dasho Khesar’, accompanied his father in his many tours throughout the Kingdom to meet and speak to his people. He also officially represented Bhutan on several international events. On 8 May 2002, he represented Bhutan at the 27th UN General Assembly and made his first speech to the United Nations.

As a crown Prince when he attended Thai King Bhumibol Adulyadej’s 60th Anniversary Celebrations on 12–13 June 2006 in Bangkok along with royals from 25 countries. The youngest of the visiting royals, the 26-year-old prince caused a sensation, giving rise to a legion of female fans in Thailand. The Thai press dubbed him “Prince Charming,” publishing his photograph and running stories about him as well as Bhutan for several weeks after the event.

In December 2005, King Jigme Singye Wangchuck announced his intention to abdicate in his son’s favour in 2008, and that he would begin handing over responsibility to him immediately. On 9 December 2006, the former King issued a Royal Edict announcing his abdication, and transferred the throne to Jigme Khesar Namgyel Wangchuck who was officially crowned on 1 November 2008, in Punakha. Religious ceremonies and public celebrations were also held at Tashichhodzong and Changlimithang in Thimphu. The coronation ceremony comprised an ancient and colourful ritual, attended by thousands of foreign dignitaries, including the then President of India, Pratibha Patil.

On 13 October 2011 His Majesty the King Jigme Khesar Namgyel Wangchuck married Jetsun Pema in Punakha Dzong. The Royal wedding was Bhutan’s largest media event in history. The royal wedding ceremony was held in Punakha followed by formal visits to different parts of the country. The whole national celebrated the Royal wedding.

His Majesty the King and Queen of Bhutan are very humble and down to earth, they do not reside in a Grand Palace nor have one. The Royal couple resides in a simple one storied cottage surrounded by a beautiful garden near Tashichho Dzong in Thimphu and frequently meet the citizens, sometimes walking for days over the rugged Himalayan terrains where there are no roads available so as to meet the villagers and help them.

Truly Bhutan is blessed to have benevolent reigns of the Selfless Monarch. 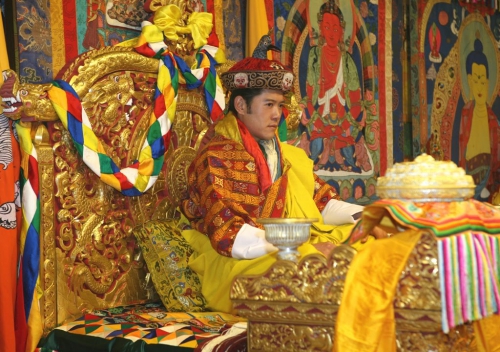 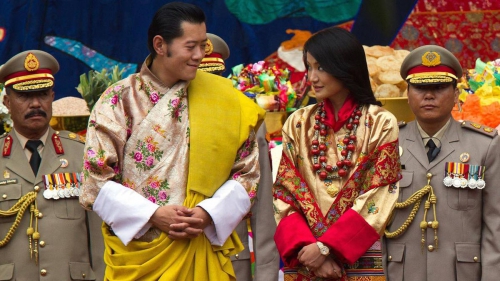 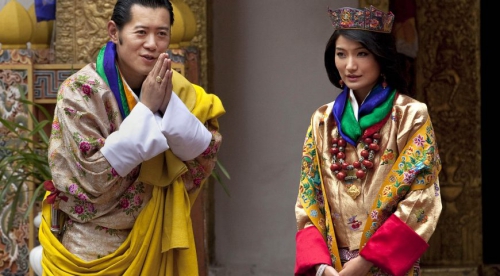 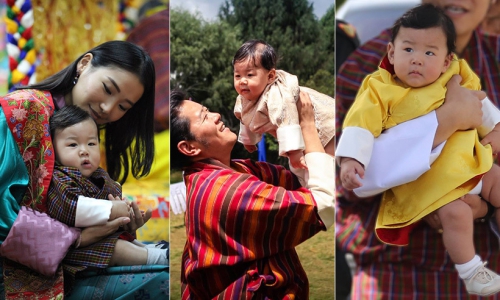 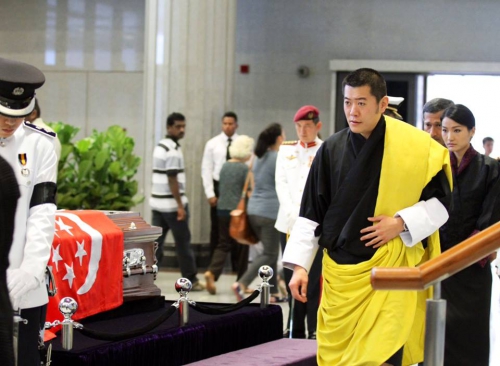 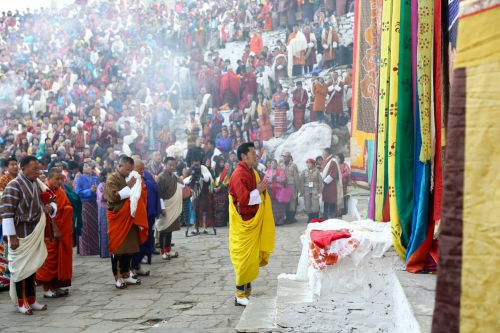